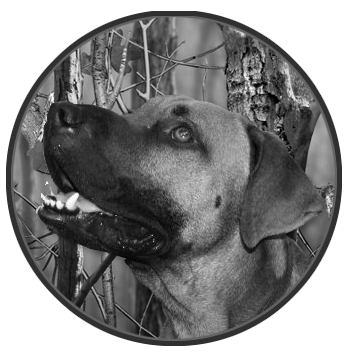 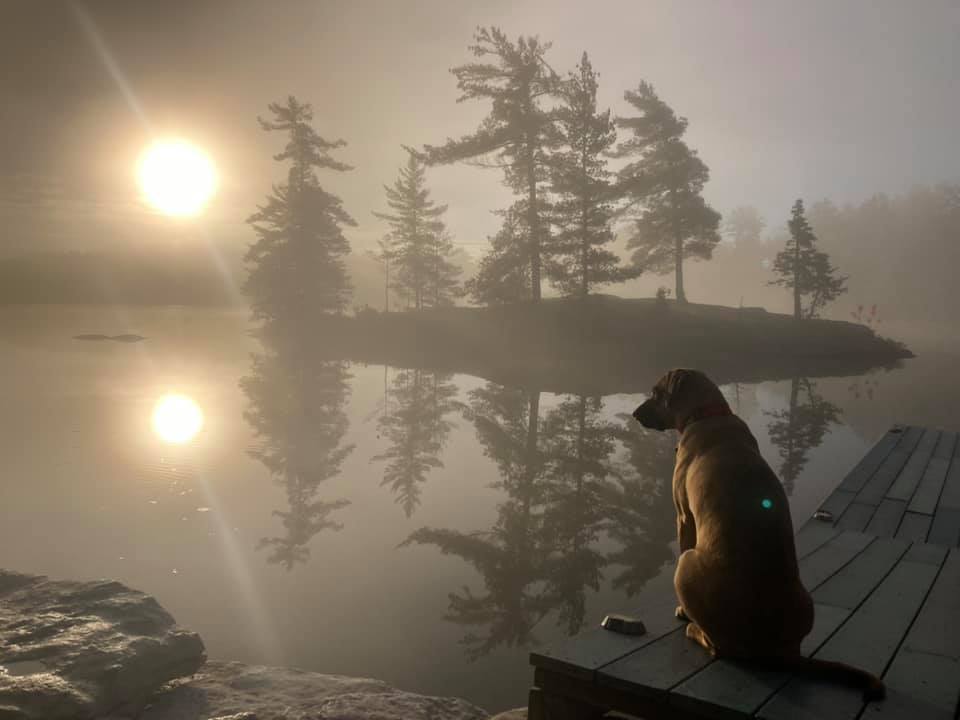 The Blackmouth Cur is a well-muscled rugged hunting and cattle dog whose coat comes in a number of colors and shades, generally red, yellow, brindle, fawn, blue, or buckskin. Solid black or white Blackmouth Cur do, on rare occasions, appear in a breeding. According to the United Kennel Club Standard, up to ten percent of the coat may be white with the amounts of white on the toes, tail, nose, and chest considered acceptable. None of the Cur breeds are currently recognized breeds of the American Kennel Club (AKC).

Aficionados describe the breed as “a dog that is multitalented. Primarily BMCs are herding dogs able to hunt big or small game, and still be loving, gentle family dogs willing to protect the home”. 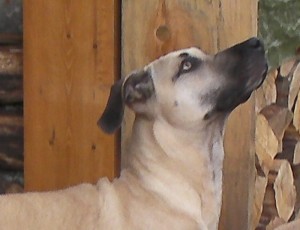 Blackmouth Curs have short coats, either coarse or fine, and a combination of the two types may appear in the same litter. They can be a light solid color or a darker brindle.

Head: The muzzle is square-shaped. It may have a melanistic mask, which is most often black. Maskless dogs are allowed but not preferred. The name ‘Blackmouth’ refers to the dark pigmentation around the lips that also extends into the interior of the mouth including the roof of the mouth, gums, and cheeks, excluding the tongue. The ears are medium-sized and hanging and may either be melanistic like the muzzle or the same color as the coat. The rarer dogs of hunting bloodlines tend to have the ears cropped soon after birth.

Tail: The tail of a Blackmouth Cur is of medium length and is generally left natural, although it may also be docked.

Feet: The feet are large and webbed, similar to a Catahoula Leopard Dog.

Size: The adult weight ranges from 50-100 pounds, and 16-25 inches tall, with males being larger than females. The wide range in size is due to different types within the breed.

Blackmouth Curs are great family dogs. They are great social dogs if trained properly. The BMC is a “very smart” breed who “by nature need to bond a few weeks” with their owner/trainer before training can begin. The breed shows great loyalty and may even die for its owner. Great around children if introduced correctly, they have great potential to “make wonderful family dogs.” 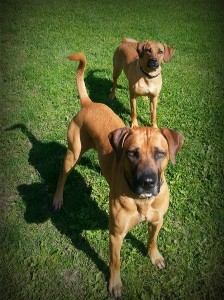 As they grow older they become very laid back. “The BMC was bred as a homestead dog that would protect its family and home against intruders. This means that a well-bred BMC is territorial. Most BMCs off their ‘turf’ work well with other dogs, hunting or herding stock, but on their family property will chase the same dog away. Their turf can be viewed by the dog as the family’s home, land, truck, or sometimes proximity to ‘their person’.”

“The BMC is genetically very athletic and eager to please. Given proper guidance and training, a BMC can excel in just about any activity you could imagine. They can herd animals, track or trail game, pull weights, run in a coursing event, work as a Search and Rescue dog, or anything else a smart, athletic dog that wants to please its owner can do.”Blackmouth Curs are used for herding cattle, baying hogs, hunting squirrel, raccoon, bear, and mountain lion. All Blackmouth Curs excel at baying and herding.

They will tree game. The Ladner line has specifically been bred to promote this treeing. The BMC is a very versatile dog and a single dog can be used to bay, herd, and tree depending upon the handler’s desire. They have also been noted to be successful deer tracking dogs in the South.

The Cur dogs were developed by the Celts and when the Irish, Scots and or Celtic people settled in southeastern America, they brought their trusted working dogs with them.  It is doubtful if the southern United States could have been settled without the cur dogs.  The Black Mouth Curs, as a breed, have varied historical documentation dependent upon region.  Among them are the Ladner Yellow Blackmouth Cur from Mississippi, Red Blackmouth Cur from Alabama, Weatherford’s Ben Blackmouth Cur from Texas, and the Florida Blackmouth Cur. 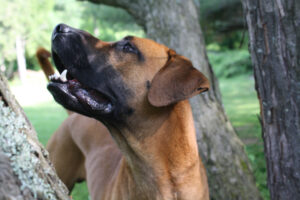 The first Black Mouth Curs registered were Ladner Blackmouth Curs through the National Kennel Club in April 1964. Mr. L.H. Ladner had such extensive written documentation of his family’s breeding that the NKC recognized the breed. These curs are used to tree squirrel, raccoon, bobcat, mountain lion, and bear. They are used for hunting hogs and feral cattle. They also are distinguished by being used by the search and rescue emergency services.

The Weatherford’s Ben Texas Blackmouth Cur comes from a line of curs well-documented in the book Big Thicket Legacy. They are used primarily for herding cattle.

The Florida Blackmouth Cur, used for herding cattle, are featured in old paintings hanging in local barbershops and homes, so their existence and history in Florida is documented.

The Red Alabama Blackmouth Cur is believed to have originated in Alabama, though there are Red Black Mouth Cur in Florida and Tennessee. These curs were supposedly registered as property in the courthouses around Howardtown about 40 miles north of Mobile and nearby Tibbie in the 1940s. They were used as multipurpose pioneer dogs that would hunt, protect the home, and gather in the cattle and pigs at slaughter time. Several breeders in Alabama, Mrs. Murphy among them, continue to work toward retaining and improving the Red Blackmouth Cur. Through the efforts of several Blackmouth Cur breeders, the United Kennel Club later recognized the breed, featuring Howard Carnathan’s Bruno, a Red Blackmouth Cur, in their standard photograph.

Blackmouth Curs now range from the east to the west coast, and as far north as Canada. The Ladner Blackmouth Curs are also known to be in Mexico, Argentina, Haiti, Russia, India, and throughout Europe.

Also very closely related to the Blackmouth Cur is the Mountain Cur. The Mountain Cur dogs are slowly being sorted into individual types.